brdfrd2012-12-31T06:58:00+00:00December 31st, 2012|News|
Well. A fine day in the shop. I got a mess of little messes unmessed, got the seat structure in, oiled the entire hatch-land of the Moe, and got the cockpit ready to prime.
I mixed up a proprietary variant on my favorite wood treatment–LTV—Linseed oil, turpentine, and varnish.  It was a favorite finish of Sam Maloof, the famous furniture maker. It makes wood glow from within. In the nautical world I substitute spar varnish for the interior varnish that Maloof used. I hybridize the LTV on a random basis with an old nautical recipe called boat soup, which does not have the varnish, but has pine tar (which is very yummy smelling if you like that sort of thing) and a strange product called Japan Drier, which helps dry out and harden the sticky stuff. Greg, my mentor at boatbuilding school, has a low opinion of these mixes, as in a salt-water application they turn gray, then black. But in freshwater, I think they excel. For a boat interior, it allows the boat to dry rather than rot and/or peel. And on brightwork, you never have to sand off peeling varnish–just rub on a little more LTV when things start looking a little dry. And it smells neat, especially if you throw in a bit of that stinky pine tar. As Greg admits, it smells so nautical you just want to say “arrrrrgggh.” 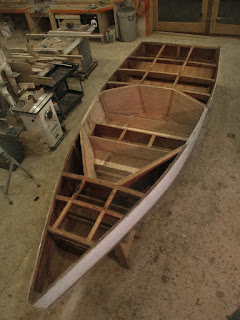 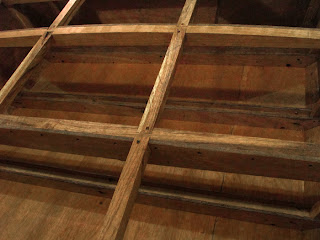 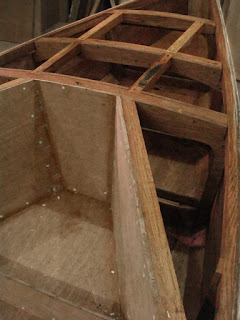 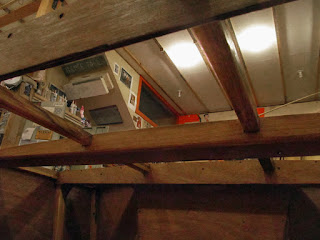 Next comes that sad time when the boatbuilder, after laboring over so many strange and wonderful cuts, angles, and interfaces, buries all that cool superstructure of the boat beneath big flat boring decks.
Dang.
Maybe plexiglass decks would work.
Or at least… turn the lights down low, have a little whiskey, and soak it all in for a while.
Or maybe a not-so-little whiskey. 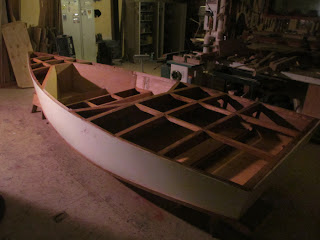 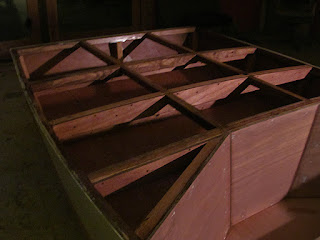 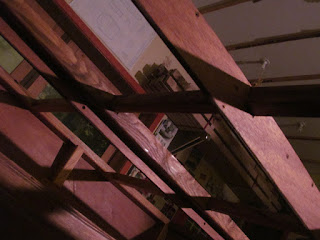 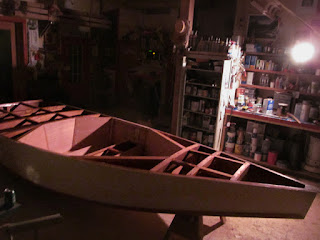