First an update on our christening launch of the Betty Boop on Thursday. Roy called at about eight that morning to let me know Lake Mary might still be a skating rink. I was doubtful with the warm weather we’ve had for the last month. But sure enough, everything within a quarter-mile of the ramp is solid ice. So we are postponing the launch.

At ten this morning we started work on Julius, initially sanding the decks to see how well the curling edges of the strip-planking would smooth over. That went pretty well. 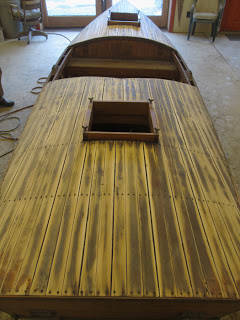 Then we started on the floor planks. I had originally thought we would just butt-joint them with a bevel in the outer half of the joints for chinking and caulk, like I have done on a banks dory and on the Edith. But a couple nights ago we watched a video of some old Nova Scotians whacking together a dory. They went with tongue and groove for the floor. Hmmm. So we came up with a hybrid ship-lap / bevel-chink system that might be pretty slick. 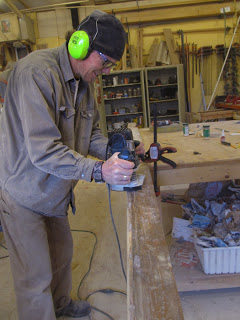 But as soon as we began rabbeting the planks, things got a little rockier. First the bearing flew off the router bit. After a bit of groveling in the sawdust Jim found enough pieces to make it go again. Here you can see we are down to about half of the original number of ball bearings in the bit. 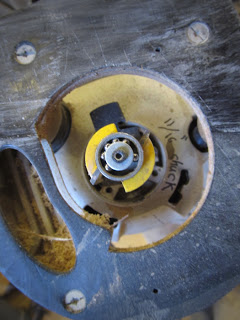 About ten seconds later we were down to zero. So we built a rip fence on the router itself. 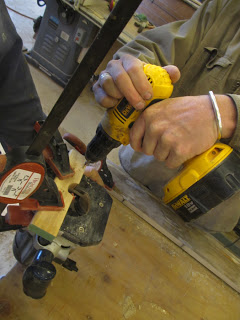 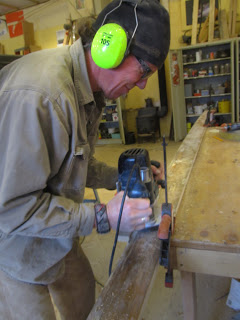 That worked until the bit decided to come out of the router mid cut, causing some impressive gouging.  We fixed that, but soon after, the entire router bit snapped in two. We were beginning to lose our senses of humor about the router. In the end, however, we proved more cussed than the tools. Here is Jim beveling the outer edge for the chinking. 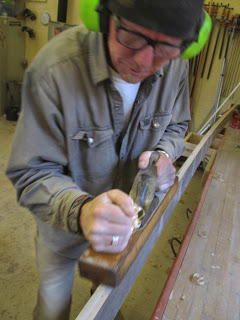 Screwing the rabbeted, beveled boards onto the boat went, for the most part, a bit smoother, but then the clock got away from us. Even the Irish coffees were starting to fail us after twelve hours. But we got the ding-dang floor back on and by golly, it looks pretty solid.

Next we chink it, caulk it, and make some new oak batten/skid-strips to screw on over the seams. I think old Julius will come out of the operation better than new. Not too sure about us, though. 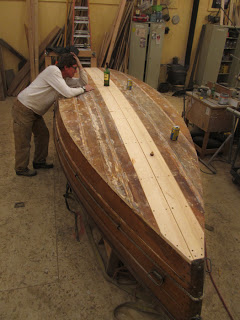